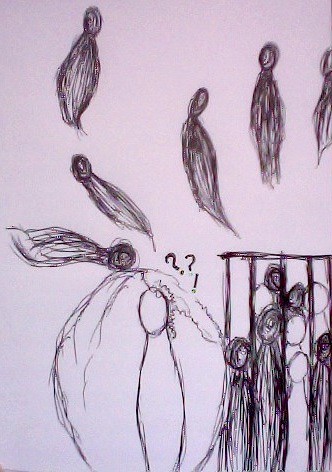 Apartheid was a system of legal, heavily enforced segregation in South Africa from 1948 to 1994. It was developed and enforced by the minority party of Afrikaners, South Africans of Dutch, German and French descent. South African politics are very volatile because of the large mix of people in the country. The population is a mix of black and white citizens, Afrikaners and people of British descent, not to mention the many different tribes of native Africans who live in South Africa. Unfortunately, because of the history of the power struggles in South Africa, there are a lot of disagreements between the different groups. A fantastic movie to explain these issues is The Power of One, a movie made in 1992 about the beginning of Apartheid in South Africa. After watching this movie, I conducted an interview with Antony van Zyl, an Afrikaner South African who now lives in Chicago. He left South Africa because he was not supportive of the Apartheid system and it was becoming a dangerous place for him.

1. Tell me about your childhood (where did you grow up, when, etc.)

I was born in 1965 and raised in South Africa, a child of an Afrikaner family. In many ways I had a great childhood living in what, to me, was a very safe and secure place. The best comparison I can make would be on par growing up in the late forties, early fifties of the Southern USA.

2. How did your experiences as a child affect your view of apartheid?

Apartheid was not a choice – it was the law. It was an institutionalized, socialized way of life and as such it was all I knew. At that time we had very limited and very controlled media, so there were no external sources of information. It is best to say that I had no view of Apartheid because for me it did not exist. This skewed normalcy was in part the reason why I was so affected later on in life.

3. What images and feelings come to you when you think of this word?

I am assuming you mean Apartheid. It is very mixed. I had a very fortunate childhood. Knowing that it came at the expense of so many others leaves a sense of guilt. I now know that Apartheid was a systematic, brutal and endemic system of subjugation of an entire race of people. Not strangers or foreigners – but the men and woman who I walked past everyday.

I did not face apartheid until I was in college. It was at this time that I was first exposed to any kind of opposition to racial segregation. Only in college did I learn about the ANC and Nelson Mandela. I was not active in any particular movement, but I wrote and took photographs to show the fallacy, the lie of “separate but equal”.

5. (follow-up of Question #4): What did you learn from this situation? If you ever face a similar situation again, would you act differently? How? Knowing what you know now, would you have been more active or less active within that situation?

I learned that the State wields complete power and that resistance by individuals was more than simple courage – it took a degree of belief, and a commitment that went far beyond personal consequence. I learned that information controls thought and though can be manipulated with ease. I was arrested for my activities in South Africa and if I knew then what I know now, what the consequences of my actions would be, I would have been far more afraid to do anything. Ignorance often truly is bliss.

6. How does your experience with apartheid affect what and how you teach your children? And do you think your children’s experiences are different than yours or do they face similar challenges?

It affects everything I do in life and will forever color what I do and how I act. We face a version of Apartheid every day- racism, xenophobia, economic apartheid and a myriad of other evils that grow from ignorance and manipulated information. I hope to teach my children that behind any group, behind any sect there are individuals who must be evaluated on their own merits – over and above the dictates of the group to which they may belong.

7. What made you decide to live in America, and more specifically Evanston? Was it a conscious decision or was it just convenient? If it was conscious, why?

I had no choice but to leave South Africa. America gave me political asylum. It was certainly not convenient I arrived and stayed in Minnesota, but have traveled throughout the US. I moved to Chicago – and subsequently to evanston because of a girl ( being a young man, we do that).