This week we looked at Millennium Development Goals four and six:

6. Combat the spread of HIV/AIDS, malaria and other diseases.

I was asked to create an action plan and a photograph. My action plan focuses on HIV/AIDS in Chicago and creating a larger number of people being tested. My photograph shows the unity and cooperation needed to erase the stigma and fight against HIV/AIDS.

All of this was really hard to learn about because of how tragic the toll these problems take on the lives of so many people across the world, but I think that the more I learn the more I feel the urgency to work towards all eight MDGs as a whole and the difficulties that come with accomplishing them.

The United Nation’s sixth Millennium Development Goal aims to combat HIV/AIDS, malaria, tuberculosis and other preventable diseases. One of their targets in achieving this goal is to have halted and begun reversing the spread of HIV/AIDS by 2015.

In order to make this a target a reality, cities and communities need to take ownership of this goal and make it a priority. The city of Chicago is home to many different places where HIV/AIDS testing is available, which provide excellent support and care for many people.

The next logical step is for such testing to be able to occur outside of a sexual health clinic or hospital. Making tests for HIV/AIDS available in the clinics at stores, such as Walgreens, would not only help to encourage many people to take the test, but would also be more convenient and comfortable for them.

The goal is to have the percentage of people in Chicago being tested for HIV/AIDS increase by 15%, by 2018, through providing HIV/AIDS testing at Walgreens pharmacy clinics throughout Chicago . This will allow people to go and get tested somewhere they would feel more comfortable and help bring the topic of HIV/AIDS to light in a public place that can direct people to outside necessary medical care and support systems, leading to more unity to be created for people who are HIV positive.

When the percentage of people getting tested for HIV/AIDS goes up, we have people becoming more aware and careful of their sexual health, giving them a chance to medicate and keep their T-cell count up while they still have time. This will allow the city of Chicago and its citizens to be healthier and more understanding of each other and a disease that needs to be stopped. 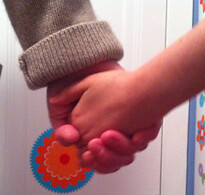