Arguing to Agree by HM 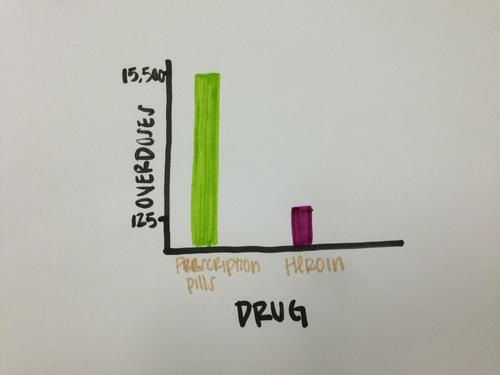 For our final action project in A Nation’s Argument we finally got to put all the arguing skills we’ve learned to use!  Our task for this project was to choose a political issue we have a specific stance on and interview someone who has a different opinion on it.  This was a really interesting project because there was so much that was left up to us in it, we were able to pick our topic but we were also able to choose where the person we interviewed stood on the spectrum on the issue compared to us.  The stance I chose to take was that I don’t agree all drugs should not be illegal because it will create a more unhealthy lifestyle than the one so many people are already leading.  I really enjoyed this project because dialectics is easily the most interesting type or argument and it was really cool to be able to argue with someone and then come to a final synthesis that we felt would actually be able to work.

Thesis:  The stance I have is that all drugs should not be made legal because it would result in a much more unhealthy population and generation of people.

I have done a lot of research on the effects of drug use, anywhere from marijuana, prescription pills, to heroin and every single one has a handful of negative effects, although some more than others and some far more severe.  The legalization of all drugs will result in a far less physically, mentally, and emotionally healthy people all around the world.  As a world that is already becoming rapidly more unhealthy by the minute, we should absolutely not legalize something that could only put us, as human beings, at higher risk for unhealthiness. 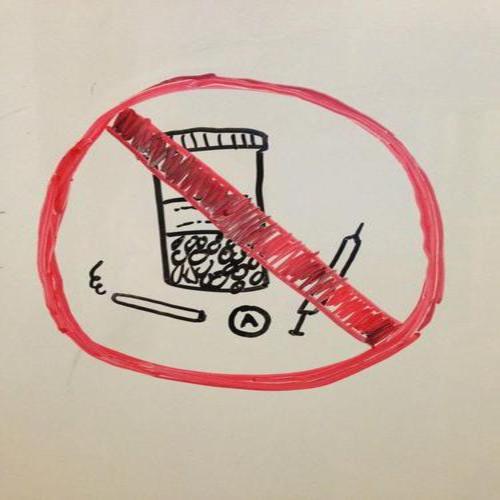 Antithesis:  My opponent and friend offered me with a very different outlook on the stance I had previously been so clear and strong about.  His main point was that the legalization of all drugs wouldn’t have as widespread of a negative effect as I seem to be afraid that they might.  He feels as though that as human beings we have gone too far with being cautious, that our fear of dying has kept us from living at all.  The most important excerpt from my friends response was, “This is quite cliche, however, in this day and age people try to avoid death at such great length that they almost forget to live.” 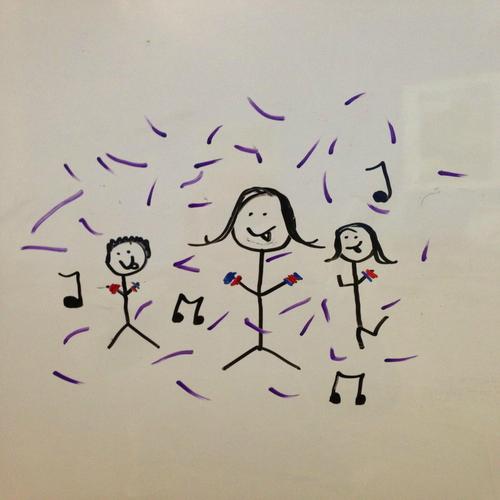 Synthesis:  The most important takeaway I had from this conversation was that in my research of just cold, hard facts, I overlooked that there is an emotional side to this issue that definitely needs to be considered.  If we were to live in a world where everyone was always cautious, it would be incredibly boring.  No new ideas would come about, nothing would ever change.  Something so beautiful about us, as creatures, is that we aren’t afraid to take risks and try something new, no matter how scared we are and that is definitely not something I think should be lost.  So, after some thought I decided that the best synthesis for this topic is that maybe more recreational drugs could be made legal, such as marijuana and maybe even ecstasy.  There would obviously be a great deal of laws to make it as safe as possible for that circumstance but not so safe we are forgetting to live and experience. 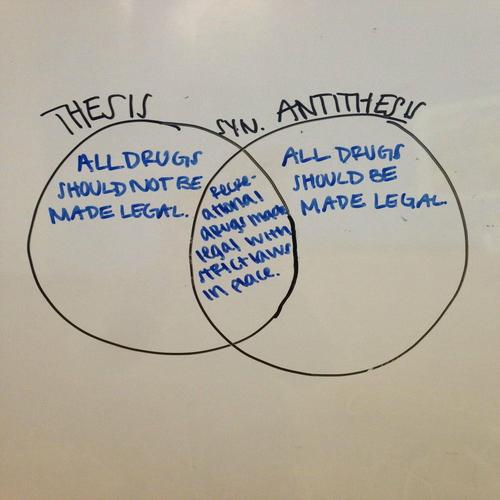