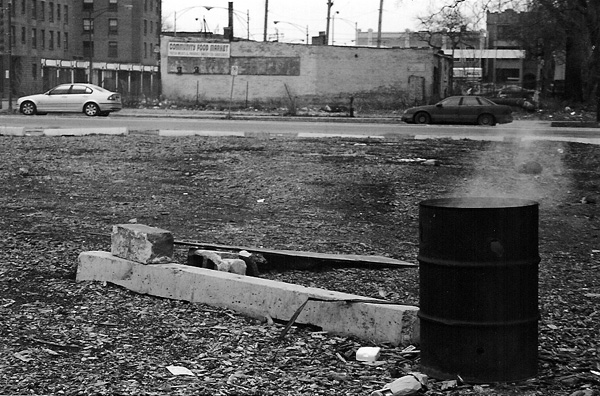 For my first project in my humanities course for the Spring term, Policy, we were challenged to find an issue with zoning in either the ward we lived in or the ward where we go to school, which is the 43rd ward, and propose a solution to whatever the problem we chose was.  I chose to focus on the appalling amount of vacant lots in the area around GCE and propose that we use these empty and unattractive places as parks for families as the area is a developing community or businesses to bring in more revenue and again help the community get on it’s feet.  I wrote a not-to-send letter to the 43rd ward alderman, Michelle Smith, sharing my ideas with her.  This project was really cool to do because it’s so relevant in my current life considering I spend 5 days a week in the area and want to be able to get as much out of it as I can.  Please check out the letter I wrote below!

As I walk around the 43rd ward of Chicago, there are many things I see that I feel need to be changed. In an area that is so developed and thriving, there are parts of it that look so industrial and quite honestly out of place.  However, the biggest issue I see that happens over and over again in a matter of just a couple blocks is vacant lots.  The reason I’m so bothered by this is because it is such a waste of space.  In a city, we are constantly growing and expanding and having vacant lots all over is not doing any good for anyone. In an indirect way, it is affecting everyone because instead of being an empty space it could be a business of sorts, supplying jobs and bringing in revenue, helping the city as a whole and more people in it.

As I’ve done my research on this particular issue, I understand that the largest lot I have seen, which is on the corner of North Avenue and Weed Street was originally a Mcgaw YMCA that served as  a community center for this newly developing community.  A few years ago, this was torn down to be replaced by new condominiums but as the recession hit, money got tight and the project was not able to be completed.  The lot has been fenced off but beyond that there have been no attempts to put anything on this large, attractive piece of land.  However, in many places around Chicago, neighborhoods have come together to change these vacant lots into a placemaking project, creating parks and gardens and murals to bring the community together.  Something I think that could be a great idea for this location and other locations all over the 43rd ward.

In response to this issue that I’m sure doesn’t only plague the 43rd ward but wards all over Chicago, I think it is important that we make plans to occupy these spaces, no matter how they are occupied.  Or, even potentially make laws limiting how long a lot can be vacant before something to change it has to be done.  There are so many opportunities for new businesses, parks, gardens, these spaces, especially because there are so many.  There could be a plethora of new additions to the ward that would bring in a great deal of revenue.  Not only that, it is a ward that is already full of attractions for children but I can’t say I have seen many parks so adding at least one would offer families even more to do that are outdoor.  Finally, on a big picture scare, new businesses would help the states and countries unemployment rate.  If we have empty space that could be turned into something that would get people back into the workforce and pick up the economy, I see no reason to not make it happen.

Thank you so much for your time,