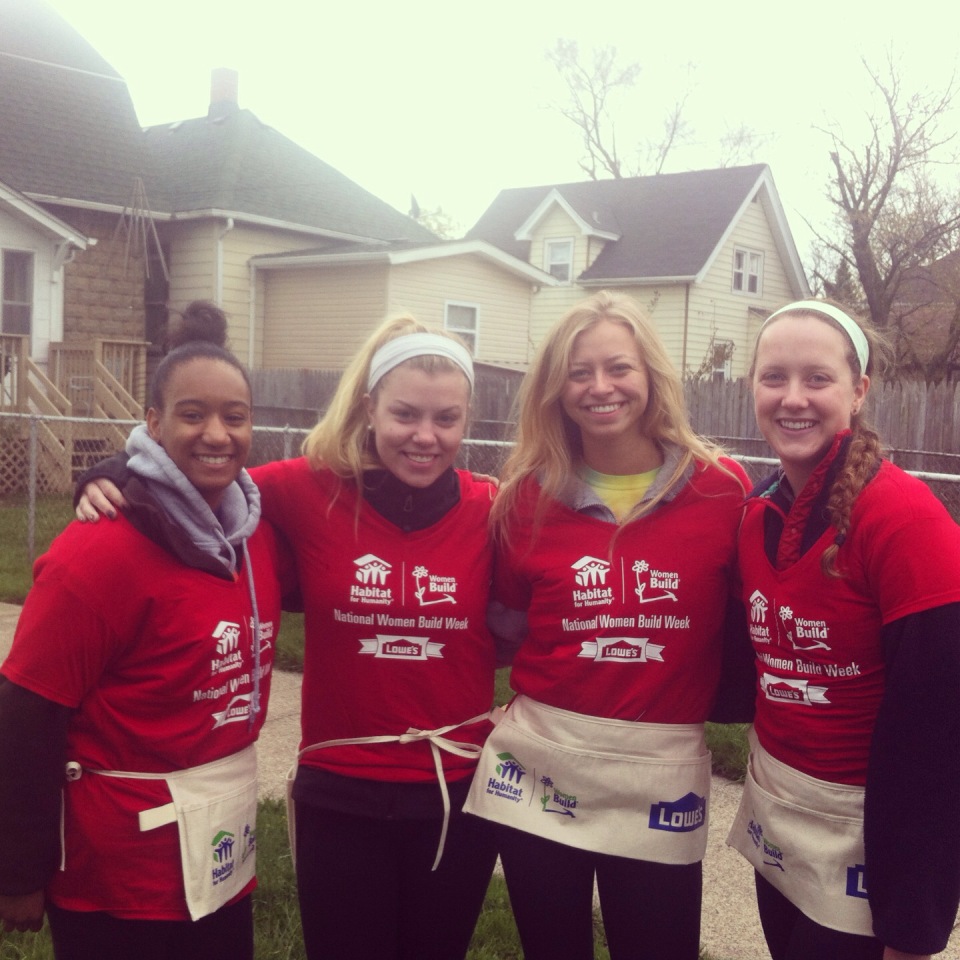 For our latest Project as Action in my Policy course, we were given the assignment to find a cause we felt strongly about and then complete 3 hours of service for an organization of sorts that supported the cause we were interested in.  I chose to volunteer on a Habitat For Humanity trip, an organization’s that’s mission is that everyone has safe and affordable housing, something I feel strongly about as well.  I’m proud of this project not as much because of the content but because of how much it opened up my eyes to the very real struggles that go on just outside of my door and how much I can help them not be as big of an issue.

The service I was lucky enough to do was a really interesting experience mainly because I had just never had one like it. The 3 years that I attended Evanston Township High School, I had friends that were very active in Community Service Club but, for no real reason at all, I never chose to get involved. Since then, I have gotten more into service and have done it much more however I have never gotten to do such “popular” service as Habitat for Humanity until now. When I first received the offer to join some members of the ETHS Community Service club on a Habitat for Humanity trip, I was so excited! However, I had no idea what to expect. Habitat for Humanity is an organization that’s mission is to ensure that all people have a safe and affordable home to live in. So, they build and repair houses all over the world to make their dream come true.

After having gone on the trip, I can say first and foremost it is an incredibly long day and I have a newfound respect for those who dedicate their lives to this organization, it is no easy task. However, the feeling that has stuck with me since last Saturday is a feeling of pure joy and sentiment for the new homeowner. Each homeowner is required to put in a great deal of service work on their own homes and I was lucky enough to be working a day the future homeowner also was, a very sweet older woman who would be living with her daughter.  Something I found particularly admirable about these two women was their big hearts.  We spent the first half day working on their future home, preparing the sidewalk and parking pad for the cement that would be coming just a couple days later.  After our lunch break, the group went to the warehouse to work on building walls for another house.  As I said earlier, each future homeowner is required to work a certain amount of hours on their own home but they aren’t required to do so on another persons.  These two women came along and spent hours of their own time working on a home for someone else, even though they weren’t required to.  They ended the day with giving all the volunteers homemade chocolate chip cookies as a token of their gratitude.  As I’m sure they have a million other things going on in their lives, I find it incredibly heartwarming they took the extra time to do something for others and show such selflessness.

Part of the requirements for this project were to interact and interview at least 3 people at wherever we did our service and I found that to be nearly impossible at Habitat.  It wasn’t necessarily a bad thing, but I felt that there was a lot of disconnect between the volunteers but also with the Habitat staff.  Often, it felt like they talked to us when they had to tell us what to do or when we asked a question, but there was nothing beyond that.  It was sort of a disappointment to me that it was a group of less than 20 volunteers but beyond the people I already knew, there was practically no interaction.  However, I understand that the work we’re doing is hard and requires focus.  Before the trip, it never crossed my mind that the houses we build are actually going to be lived in and often my friends and I found ourselves messing up and having to tell some of the staff, which they always seemed to laugh a little bit at.  It made me realize how much work I’m sure they have to put in even after people like me come to make sure everything is perfect.

All in all, it is so unbelievably touching to me that these two women have proven themselves capable of taking on as large of a responsibility as owning a home and I can only imagine all the work, sweat, and tears that have gone into getting them to where they are today. I am blessed to have a house key and that I have always had one, but I am also blessed to have helped these women get theirs back.