My friend and I wrote this protest poem to talk about teen death in Chicago.  Some of the causes we saw for these problems are poverty, students not going to school, and gangs. In our poem we touched on all of those problems. We also talked about how the deaths are so common, that people are getting used to it and now are immune to it.  We are proud that we were able to portray our message through our song.

Tears don’t satisfy anymore
so I can’t continue to cry anymore
I just wish people didn’t have to die anymoreBang, bang up on the block
Gun shots same as
clock’s
tick tockWe look for our friends in obituaries
instead of year books
young lives cut short
others decided in court

loaded it, cock it, aim it, shoot

Don’t shoot I want to grow up

the hearts of the parents sore
Wondering will it open another door
lost love ones
to drugs, gangs, and guns Today we went to Global Chicago. We spoke to Mia Luhtanen Arter, Christopher Juby, and Craig Kafura. We learned that Global Chicago was founded in 1922 after World War II and about the different things they do. They present 150 programs a year where they bring in experts from around the world. The experts discuss a certain global problem and make suggestions and come up with ideas or recommendations. They also help present Chicago to the world by conducting studies and surveys, then sending them to Congress and Senate. Their motto is “To bring the world to Chicago and to bring Chicago to the world.”

When we learned about some of the comparisons Global Chicago makes to different cities it reminded me of my two classes: Global Rap, Crimes Against Humanities, and the research we are doing on other cities. In Global Rap we are learning about the cultures of other cities by studying their music and poetry and finding connections with our own lives. In Crimes Against Humanities we are researching Crime, life, organizations, and environments of other cities to write a story about them.

I think Global Chicago is a lot like our school Global Citizenship Experience. We are all from different areas and backgrounds and we come together to learn from our teachers and each other. We try to find common ground with other people that we don’t agree with and take into consideration their perspective of the issue. We also tackle global issues. In our classes we have learned about Immigration, the Economy, Crime, and we are always comparing and contrasting Chicago to other Cities.

My piece is called “ The Windy City Breathes”. There was a combination of things that went into the creation of this piece. My ingredients were my melody, constant sounds, 1st painting translation, 2nd painting translation, images of where I’m from, and the shape.  The image I tried to imitate was the shape of a tornado. I also use the tornado number system F0-F5 to talk about how severe living in Chicago is and the different situations people go through. I used the tornado to describe the streets and how crime, violence, and drugs suck people up into a bad world. I use the tree and leaves to represent friends and the effect the streets have on people. I used the roots to describe family and religious beliefs that stop people from going too far. All of this is how I believe air connects to my life. The Windy City, home of falling leaves, and shattered trees

F0- When the breeze temps you, a moment of doubt

but you have learned from the tree, to never just go with the breeze

F1-The winds stirs your beliefs, but does not change them

F2 –It may knock you off balance, but not knock you down

F3- The apple may be dropped, but never to far from the tree.

F4- You may feel like a black hole, is sucking the life out of you

but you still have life.

F5- Until the finger of God. Death

For the wind extinguishes candles

Yet, it does not know right from wrong.

It tears away from us all

that cannot be torn,

so that we see ourselves

as we really are.

I do no resist nor accept.

I may be pushed,

But I float above it all.

I am one with air.

I saw the element of change to be very important in connecting the Kabuki music with Japanese history; so, I wanted to make a video that captured the idea of harsh changes. The bombings of Hiroshima and Nagasaki came to mind when I thought of difficult times in Japan, and, by then, I had already started writing my poem. I had a character and a setting, so the bombings gave a specific story and context for the poem. I thought of Sadako Sasaki, the young Japanese girl who started making cranes to wish for recovery from her leukemia that resulted from radiation from the atomic bomb. She didn’t live to finish, but her friends and family completed the cranes and buried them with her. This girl’s story reminded me of the type of tragedy that would be played during a Kabuki theater production. In my video, I folded some cranes to cover up part of the text of my poem. Then, they were lit on fire to reveal the full poem behind them. Our fragility against such destructive forces — and our strength to heal and help each other through changes — essentially inspired me to make this video.

How to create images… with words?

Poetry would not be poetry without
the art of the METAPHOR, i.e.,
the art of creating images with words.

Let’s practice it:
find your element in one of the four images below,
(each one synthesizing a natural element)
and CAPTURE IT in your words…

Imagine that the painting would be lost in 10min
and all that would remain would be your poetic description. 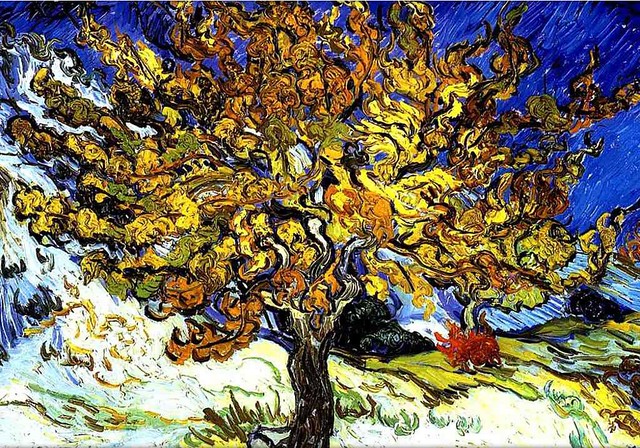 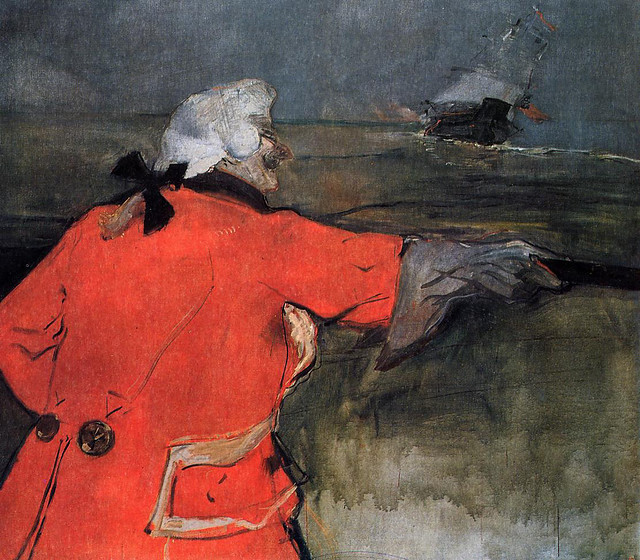 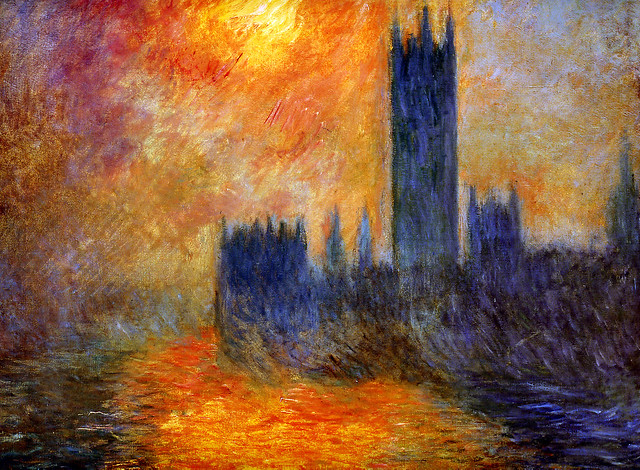 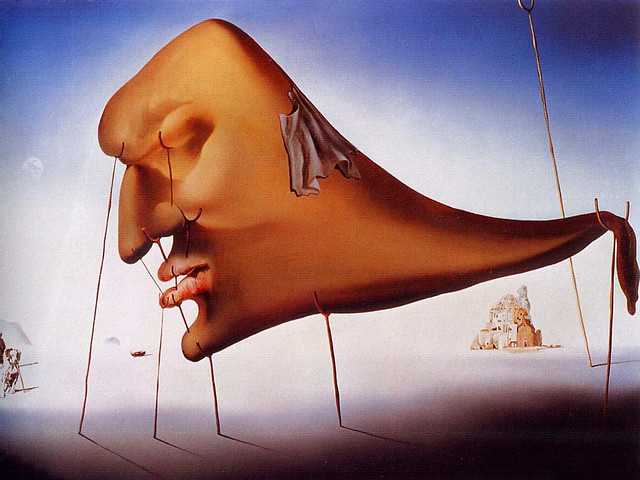 I chose to study the rhythm Pow Wow to understand how it feels when you gather with people to get more connected. Every single element of Pow Wow is very important, because if one is missing, the others wouldn’t exist. The elements are: singing, drumming, dancing, rhythms, yelling. I will yell to be ready, I sing and drum to make the dance happen. I connected Pow Wow of native Americans to Burundi, where I am from, because we have similar dances, costumes and rhythms.

I used anapest (UU__ ) as metric to guide my rhythm, because anapest follows the Pow Wow beat while dancing, singing and drumming.

Here is my poem…

YELELELELELELELELELELELELELELEE.
I went through hard times that I didn’t even want to experience in my life.
Life is rough, you can’t change your destiny.
What’s written is never erased, unless you have the abilities to…

The singer holds the elements of Pow Wow in their throats.
Without dru-u-mming and sin-in-ger there wouldn’t be dancing.
They hold their backs at each other, as strong as a rock.
Without one, they all die.

I breathe and everything stops for a while.
I let my eyes see pow wow and my eyes fell in love.
Drumming is stretching.
Dancing is flying around the world.

Nature gives me ideas of living a bright life.
The spirits flew in the winds trying to join me.
The loudness and the colors I see are stentorian; they WOO AAAAYY!
The beat of my heart goes ta ta ta, telling

Wangari Maathai, founder of the Green Belt Movement, passed away yesterday, but what did not pass away were the 40 million trees in Africa rooted on her inspiration.

Since I first opened her Unbowed Autobiography, I wanted to meet Dr. Wangari. Unbelievably, somehow she “met” me first, on one of the happiest humblings of my life. This is the brief story of the humbling…

Some friends and I cofounded 123s (One to Trees), a nonprofit to fund grants to teachers with ecological education projects. Peris Siamanta, a Kenyan friend, applied and got a grant for the Club123s, a Science & Health program in Kimana, Kenya; in the meantime, I was moving to Brattleboro, Vermont, where my wife enrolled at SIT, a grad school program to which Wangari served as honorary board member. Maybe we would finally meet Wangari in VT…

We never did. But, teacher Peris emailed us from Kenya, saying she got a letter from an organization wanting to plant 500 trees in partnership with her Club123s project. We asked Peris “which organization was that”, so we could thank them properly. She said, why, the Green Belt Movement… the nonprofit founded by Wangari.

That’s how, spiritually, I got to plant 500 trees with Wangari — and I shall be forever humbled by this.

You knew that trees were made of women.
You knew that Kenya was made of trees
bound to be replanted, your literal feet a walking
unbowed baobab.

the Black award of all blood
of the burned tree that chokes
Tumechoka, Mama.

You knew that
men — and warriors —
are made of women.

The purpose of this piece was to choose a rhythm that you want to know more about and share it with the class.

In this video, I had to include adjectives that describe the rhythm of pow wow and a notation of the rhythm.
I chose “naturalistic” as one of my adjectives, because the things the Cherokee wear, do, or have are natural. I chose “invigorating” to describe their enthusiasm and energy when they are dancing and singing pow wow. I also chose “stentorian” because their voices, clothes and beats are loud when you see or hear them.

I included this particular piece to show you how pow wow is very helpful to understanding cultures.
What I learned from this piece was that you have to try new things to learn.

For a Global RAP

Today we started a new course at GCE: Global Rhythm And Poetry, aka Global RAP.

This course could not have started in a more opportune time to me: I have just returned from Lisbon, Portugal, where I researched the manuscripts of a Portuguese poet for a few weeks; on the way to Lisbon flying from Chicago through Paris, I got stuck on a snow storm and all flights got cancelled. I was suddenly stuck in a French speaking country; after the research in Portugal, I welcomed the New Year in Spain.

3 weeks, 3 languages: French, Portuguese, Spanish.
Now back to English.
Actually, the Portuguese poet I researched used to write in all these four languages and, as homage to him, please let me share 4 poems in four different media, to salute the New Year and the new GCE Course!

2. In Spain, composing a love poem:

3. In Portugal, taking a picture of a tree that is like a poem: 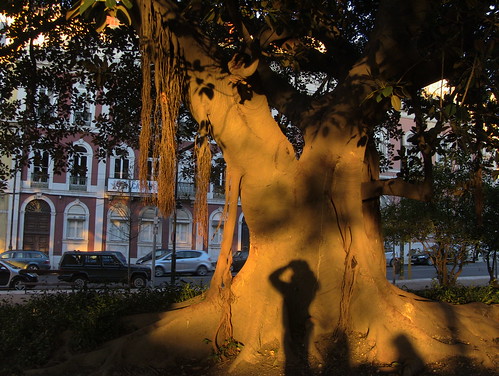 4. In Portugal again, finding an unpublished English sonnet of Pessoa: 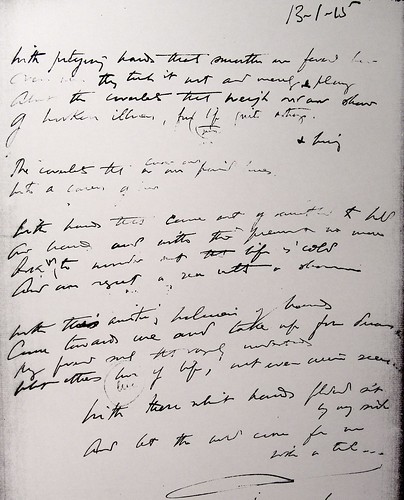