This podcast is about Fahrenheit 451, by Rad Bradbury.  This book is about stopping diversity because they try to make everyone think and act the same way by censoring books and all multimedia, except from what the government comes out with.  I’ve learned how big of an impact censorship can do, if it gets out of hand.  It was important for me to add multiple voices to my podcast to give completely different unbiased ideas about censorship.  Reading this book has made me think of what a world without literature would look like.

The purpose of this project was to share my idea of what building should go where Ground Zero stands.  My project was inspired by a Zen Garden in Kyoto, Japan, called Ryoan-ji which was created for Buddhists by the Fujiwar family in the 11th Century.  In this Zen Garden, they used the sound of water, and the feel of sand to create peace.  This building builds peace, because the whole idea of a Zen garden is to bring peace, and serenity.  This building gives peace and closure to those who lost someone on 9/11. 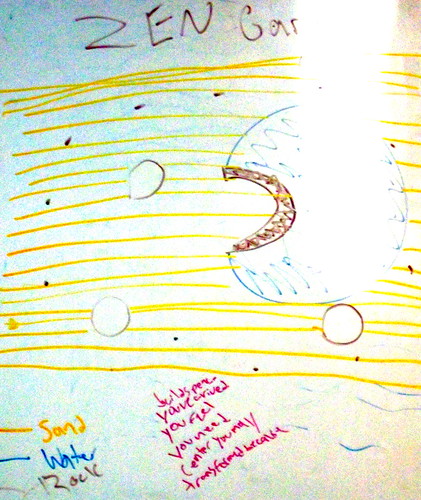 The Apology Speech project was all about conveying a topic that we are very interested in, using the Socratic method of thinking.
I chose the topic of SOPA because it is a injustice to our first amendment; freedom of speech.  It is also a topic that can affect everyone that uses computers by censoring parts of the internet.
I learned that SOPA is a bill that can censor the internet and put a muzzle on the creativity of the world wide web.

Check out my speech below!

The Stop Online Piracy Act is putting a muzzle on the creativity of the United States.  Let me explain SOPA to those of you who don’t know of it.  It is a bill started by the Entertainment industry to give them the right to block any website that shows copy written material.  But this gives them the right to shut down some of the most visited websites in America!

SOPA will also take other measurements to make sure these websites cannot be visited like having your internet provider block it, having Google block the website, and even not letting them transfer money through PayPal!  Facebook, Twitter, Youtube, Tumblr, Wikipedia, and plenty more can get shut down if this bill passes.

If this bill passes, the court system will be tied up with cases about SOPA. The only upside to this being that sites that let you download music, movies, pictures, games, etc. will get shut down.  Alone protesting this bill* I am but a gadfly* but together they will hear our message and stop SOPA.  So, today I would like you to stand up to protest SOPA, email your senators and state representatives, and tell your friends and family about protesting SOPA as well.  If this bill passes, it is just the start of censorship on the World Wide Web; no one knows what could happen if this passes.  So, I would like you all to do something, think of a country with censorship rampant and creativity covered up by our government…